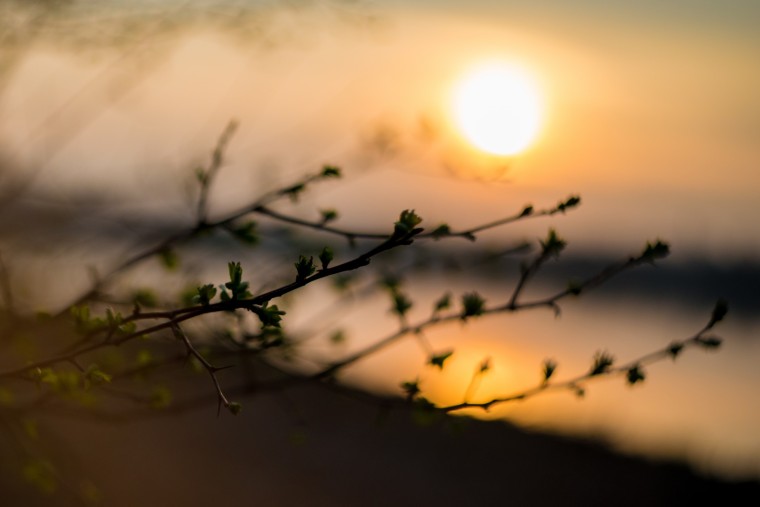 “Then they led Jesus from Caiaphas to the Praetorium, and it was early morning. But they themselves did not go into the Praetorium, lest they should be defiled, but that they might eat the Passover. Pilate then went out to them and said, ‘What accusation do you bring against this Man?’ “

I was cooking breakfast last week, listening to the book of John on audio CD, when this passage above started playing.

And it struck me.

The Sanhedrin, after conducting an illegal trial all through the night, appear at Pilate’s doorstep with Jesus in hand.

But they won’t go in.

“…lest they should be defiled…”

After all, that would be breaking the Law. Far be it from them to do that.

Their audacity–to flaunt themselves as religious examples to the rest of Israel, to drag God’s own Son to the judgment court of Rome at dawn–shocked me in a way it never had before.

Then I had to ask it (a good question to asked whenever we are shocked and angered at the sin of someone else):

Am I guilty of the same thing?

Like the Sanhedrin, do I have my own set of moral standards that are only used to make myself look good, better than others? Do I break God’s law all night and then have the guts to say in the light of dawn, “Oh, no, I could never do that. That would displease God.”

That reflection made me pause a little while, but then I ventured on to the next phrase.

Let that sink in a moment.

They didn’t want to go into a Gentile’s residence so they would be clean, so they could partake of the Passover.

In Exodus 12, God instructed Moses to institute the Passover. It was the last night of the Israelites’ 400-year stay in Egypt, and the hard-hearted Pharaoh had gone back on his word over and over, still refusing to release the Israelite slaves.

So God told His people to take lambs (one for each household), eat the meat, and paint the blood on the doorposts of their houses. God was sending judgment on Egypt, and only the homes covered by the blood would be spared.

That night, all of Egypt’s firstborns died, while Israel exited their land of exile with rejoicing.

Passover, for the Jewish people, is a time of remembrance, even today. In the day of the Sanhedrin, the Jews celebrated it regularly, journeying to Jerusalem from afar to corporately celebrate God’s salvation.

So…the angry Sanhedrin members stop at Pilate’s steps that morning, unwilling to make themselves ceremonially unclean just before this sacred festival. They want to eat the Passover lamb.

But they don’t realize something.

In their fascination with cleanliness, in their preoccupation with the minutiae of the Law (or at the least the parts of it that they liked), in their zeal for eradicating Israel of this rabbi who eats with thieves and prostitutes–they don’t realize the most important fact of all.

The Passover lamb was about to die.

And He was standing right in front of them, clothes tattered by now, face swelling from where they had struck Him (Matthew 26:67).

“Woe to you, scribes and Pharisees, hypocrites! For you are like whitewashed tombs which indeed appear beautiful outwardly, but inside are full of dead men’s bones and all uncleanness. – Matthew 23:27

Jesus had earlier spoken these words about this group of religious leaders–perhaps many of the same men that had just spent the night striking him and twisting his words into some semblance of guilt. And Jesus was right.

But it was all whitewash, wasn’t it? Just a way to gloss over the fact that inside they were full of stench and rottenness. And so they stood on Pilate’s steps shouting for Jesus to be condemned–not realizing that they were offering up the Last Passover Lamb.

They didn’t know that, with all their zeal for the Law, they were about to crucify the Lawgiver Himself.

They didn’t know that, with all their ceremonies and decorum, they were executing the very God they claimed to serve.

As I reflect on this startling moment, I feel deep in my bones that I am like those men of the Sanhedrin.

Prone to dressing up the outside while neglecting my inner life. Prone to deadly myopia, not seeing the God that surrounds my every moment. Prone to conjuring my own version of God’s law–a version that I can keep and apply to other people.

But, you know…as profitable and convicting as those reflections are, I want to leave you with this idea. Please, let it sink in and flood you with joy:

Jesus was the Last Passover Lamb, the truest one that had ever been killed, the last sacrifice that would ever need to be slaughtered.

And when He was hung between heaven and earth, His joyful obedience in going to the cross was like a giant paintbrush across the dark heavens.

In strokes of dark blood, the skies were, in essence, stained with this message:

Covered by the blood.

The souls of all His chosen ones were stamped with this eternally-effective bloodstain (John 17:1-3). Protected. Covered. Sealed everlastingly.

It was an unspoken message to Almighty God, His Father.

It is finished, Father. Pass over these little ones.

So in a paradox of metaphors, Jesus was both the Passover Lamb and the Condemned First-born of Egypt. His blood was the seal that made God’s wrath pass over–and He himself was the Wrath-bearer, the firstborn son that died in God’s judgment of rebellion.

And strung up like a bandit, bleeding from the cruelty of His own creation, He laughs death square in the face and marches to the grave with His head lifted high.

Dying mangled, torn, and absolutely victorious, because the children were ransomed from wrath. The lambs were redeemed from slaughter. The white-washed tombs can now be white through and through.

The glory of cross outshines our failings, our miserable sinning, our dedicated rebellion.

Without the Last Lamb, all our attempts to be clean for Passover are nothing.

Without His blood on our doorposts, the wrath of a holy God will not spare us.

With it, we have everything.

We can sit down to a true Passover feast, because God’s judgment fell on one Man instead of on us. The blood has covered the sin that whitewash could not hide.

The Firstborn has died that the others might be heirs together with Him. And, just after that Passover, he did something that no other Passover sacrifice had ever done:

By His own power, he left death in the dust and came back to life.

That is what I learned from a mob of angry religious leaders–that my whitewash doesn’t work.

That the Passover Lamb has come and conquered.

And the feast of that celebration is only just beginning, ignited by one holy, joyful Sacrifice.

“Yet it pleased the Lord to bruise Him;
He has put Him to grief.
When You make His soul an offering for sin,
He shall see His seed, He shall prolong His days,
And the pleasure of the Lord shall prosper in His hand.
He shall see the labor of His soul, and be satisfied.
By His knowledge My righteous Servant shall justify many,
For He shall bear their iniquities.”

* All Bible verses taken from the New King James Version