“Tread softly because you tread on my dreams.”

I am a firm believer in wonderful things.

In fact, I am very good at setting my sights on things I want and wishing for them with all my heart.

If you’ve read my blog long, you know that I’ve talked about surrender quite a bit–empty hands, a whole heart offered to God, trust in the future that He determines.

But all that to say–I apparently still didn’t get the idea.

There are stages to journeys.

“One does not surrender a life in an instant. That which is lifelong can only be surrendered in a lifetime.”

First, God led me, years ago, to say my first, halting “Thy will be done” to His plans for my future.

Since then, over and again, I’ve laid my desires out to Him and given them over into His keeping.

Every once in a while, though, a big and lovely dream creeps into my heart.

It’s hard to know what to do with such a magnificent thing. I’ll tell you what I like to do–I like to frame that dream and hang it in the corridors of my imagination. I like to set it high on the shelf of myself and  lean back and smile over that dream a little while, pull it down and stroke it a bit, then set it back up to stare at again. For such a fair and perfect dream, I can spare no expense. Every highest thought, every best energy of my heart goes to it.

I have had such big, beautiful dreams, and sometimes I have handled them well. I have let go just enough to say, “Yet, if You take this dream too, Lord, I will love You and serve You even then.” I have been able to laugh in the dark and give even my desperate tears over to my Master. But still, that dream was something I often clutched. Willing to give it up…yes, for my Jesus. If circumstances made me. If others forced me. If God Himself set blockades in the way. But give it up on my own…why would I do such a thing?

Once upon a time, I had such a dream–oh, it was the prettiest thing I had ever seen. I guarded it and kept it with all my might. Sure, I told God He could have it. I even meant it. Honestly, I wrestled and I came to the sincere conclusion that if this hoped-for thing did not come to be, it would be okay. I didn’t know how it would be okay, but I really did believe it.

But I will tell you something about dreams.

Sometimes a dream grows so large and heavy, so lovely and blinding, that it is a weight to carry along.

I had that big, lovely dream, and I toted it along in my heart. And, even though I said the Lord could have it, I also said, “But please, I like it so much, can’t I keep it?”

A father and his little girl were taking a journey together.

“Father!” she squealed, finding a lovely object on the ground. “Look at this! Have you ever seen something so beautiful?”

He looked down on his hopeful-eyed little girl as she hoisted a too-big load up in her thin arms, and he said, “It is very heavy.”

“But please, I love it. Can’t I bring it home with me?” this little girl pleaded.

And the father smiled to himself, because he knew the treasure was too heavy for the small one. But he nodded and let his little girl heft the weight along.

“Why don’t you put that load down?” he asked.

The little girl’s eyes flew open wide and tears pooled in them. “If you say I must, I will,” she said, quietly. “I know you want what is best for me.” Then she looked up at him tearfully. “But please, can’t I bring it a little farther?”

As they traveled along, she began to moan quietly under the crushing weight of her burden. Each time the trail steepened, she cried a little on top of her treasure and gritted her teeth to carry it up the hill. It seemed like her load was getting heavier and heavier with every small, wobbling step she took. Soon, her arms trembled and her knees buckled. She dropped the load, barely pulling her small hands out from beneath it before it crashed to the path.

“You should leave it now,” her father spoke again, so kindly. “It is only a weight to you.”

“But…” she looked down at it, then saw the red blisters on her hands and the bruises turning blue on her forearms. She bit her lip and grabbed her father’s hand. “Yes, Father.” She got up, tears falling. She started to follow him down the path, but turned back for one last glance. “I will leave it here. I won’t try to carry it myself any more.” She took a few more steps. “Father?”

“What if that treasure…is supposed to be mine?”

He smiled down at her and scooped her up into his arms. “Then I will carry it home to you when it is time.”

This has been my experience: Even though I battled with my dream, trying to keep it from becoming an idol, truly wanting to keep Jesus first, the battle wore me out.

Finally, after heart-breaking after heart-breaking, I had to just let it go. I had to leave it at the Lord’s feet and say, “Here is my favorite dream. I’m not bringing it with me anymore. I’m not counting on it to come true anymore. I’m not letting myself imagine it is true, or picture all the ways I will enjoy it, or setting it at the center of my future. I am leaving it behind and letting You do with it what You want.”

I couldn’t keep tugging it along. It was dragging me down, wearing me out.

People say that hope is a good thing. “Never give up hope,” they say.

But I think that sometimes you have to give up on a small hope to make room for a Greater Hope.

As the persecuted Chinese Christian Li Quan says in Randy Alcorn’s novel Safely Home, “That day, hope was dashed–and, no matter how painful, it is always good when false hopes are dashed. Since then, many have learned to trust not in man but in God” (page 94).

Every dream I’ve given up, every disappointed hope,  has only driven me deeper into my need for Jesus.

Sure, each time I open my heart to His ways instead of mine, a part of me dies. But isn’t dying to my way of doing things part of becoming who I am really designed to be? 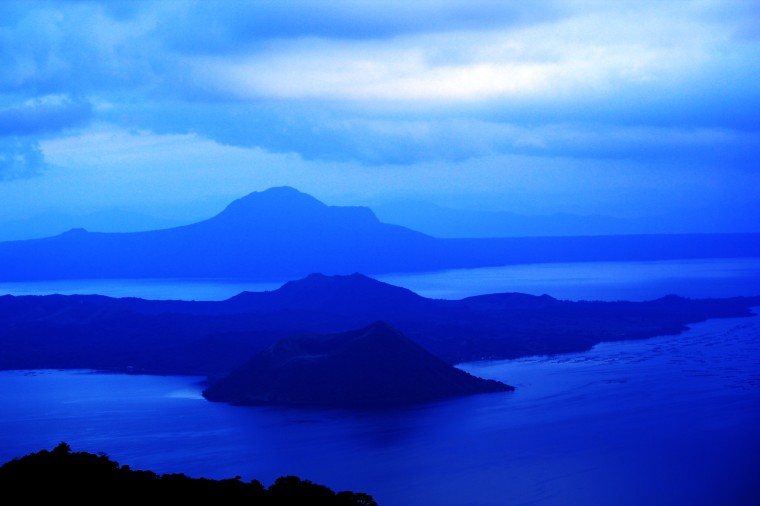 “If my life is surrendered to God, all is well. Let me not grab it back, as though it were in peril in His hand but would be safer in mine!”

Dreams aren’t bad–I don’t regret my dreams, my disappointments, or the pain that has been my teacher. I only regret the time spent on lifting dreams higher than I lifted my love for Jesus.

However lovely, no dream is as beautiful as He is.

The question is, do we live like we believe that?

“I have become absolutely convinced that neither death nor life, neither messenger of Heaven nor monarch of earth, neither what happens today nor what may happen tomorrow, neither a power from on high nor a power from below, nor anything else in God’s whole world has any power to separate us from the love of God in Jesus Christ our Lord!”