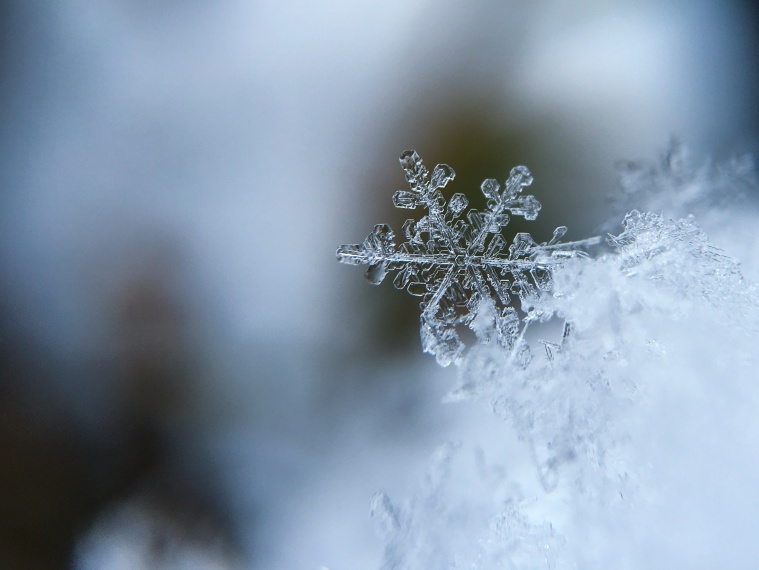 “And she gave birth to her firstborn son; and she wrapped Him in cloths, and laid Him in a manger, because there was no room for them in the inn.”

For every weary and worn and worried…tomorrow is Christmas.

You may think that’s bad news, that Christmas is peeking over the edge of tomorrow and driving you distracted with to-do’s and undo’s and what-to-do’s.

Your Christmas won’t be like other people’s. You’ve known that for a while. It’s inevitable. You can’t just pretend that all the pain or trouble, sickness or grief, conflict or loss will just evaporate for one snow-covered day on the calendar.

And as much as you’ve struggled to identify with that serene nativity scene you unpacked a few weeks ago, maybe you can’t quite manage it. The silent night, calm and bright, is far away for you today. It is a whirring, bright, noisy day, and where on earth is the place where we can identify with that Child sleeping in the straw?

While He sleeps in heavenly peace, you wish you could sleep straight through Christmas too.

How could you hope to meet Him here? Crazy life, rocketing stress, messes that make the Christmas glow grow dim. Hardly a quiet Bethlehem night. Hardly a place for a holy baby. Hardly a place for celebration, because the inn was full and life is full too…full of circumstances that crowd out the joy and the wonder.

They ring the bells on the corners and your head rings right along, because you’re flurrying toward Christmas and there’s no quiet space for a manger cradle and a silent night.

Christmas is coming for you, ready or not.

Not. Not ready. Not really sure how you could be. Not sure when things will be sane enough to be ready for a jolly day of cheer.

But you see….dear, dear friend, that’s the good news.

Because we’re never really ready for Christmas….So Christmas had to come for us.

And, so often, we get it all upside down and backwards, like we have to get something ready. We have to clean the inn and change the hay in the manger. We have to do something to make this Christmas a fit place for a King to be born. 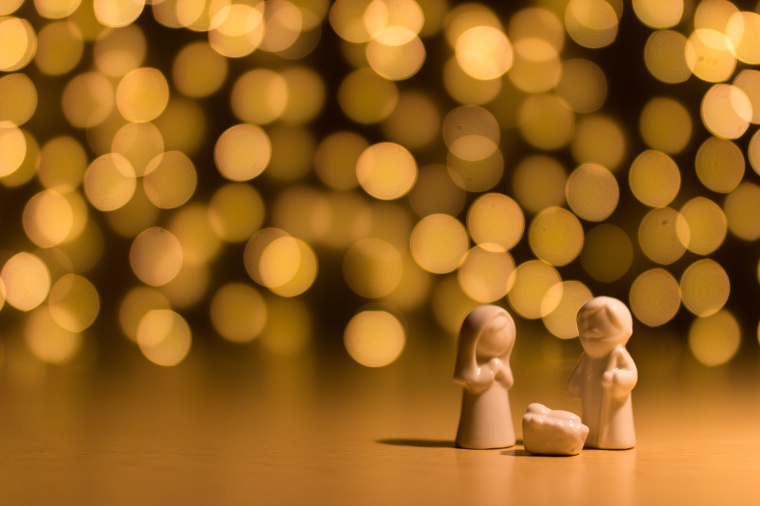 But that’s the whole point, you see.

And He didn’t come into a silent night.

He came into packed-out Bethlehem in the throes of tax season. He was born to a teenage mother, into poverty (Luke 2:24) and pain and noise and racism and political tension.

It was raw and broken. It was real. It was just like your life.

Because that baby in the manger was not just a royal guest. He didn’t come for all those things we think makes a perfect Christmas.

He came because your Christmas day, your every day, is broken and impossible and sin-stained. He didn’t come to make your Christmas perfect…He came to save you from yourself. The ceaseless driving, striving, never-satisfied you can come to rest in this kind of Christmas day.

God’s rescue plan commenced with a bloody, squalling infant laid in a mound of dirty straw.

Is God truly Emmanuel? Is He truly in this mess with me?

But He came in blood and He died in blood, and He rose to wash us in the triumphant blood that says Yes!

Yes, Emmanuel is with us in all the joys and agonies of life, and He has made a way.

In this way, Christmas is not about the number of shiny ornaments or the quantity of gifts wrapped under the tree…or even if you have a tree.

Celebrating Christmas becomes an exhale into the grace of what God has done.

Somehow, He took a mess and made it beautiful.  He took the worst of this world and flipped it on its head to win the day.

So, you see, tomorrow is your chance to believe that Jesus is making something beautiful. And He loves to use a mess to make a miracle.

For every weary and worn and worried…tomorrow is Christmas.

God is with us.

Weary souls, rejoice. He is with us to drive out the dark. And so He will.

“There’s a statue of Jesus on a monastery knoll
In the hills of Kentucky, all quiet and cold
And He’s kneeling in the garden, as silent as a Stone
All His friends are sleeping and He’s weeping all alone

And the man of all sorrows, he never forgot
What sorrow is carried by the hearts that he bought
So when the questions dissolve into the silence of God
The aching may remain but the breaking does not”

– from “The Silence of God” by Andrew Peterson 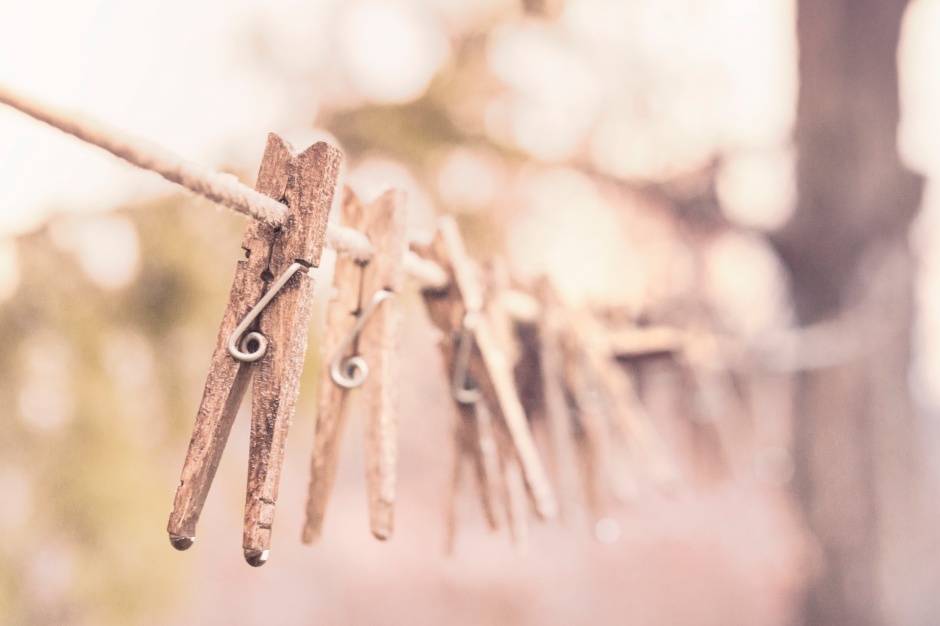 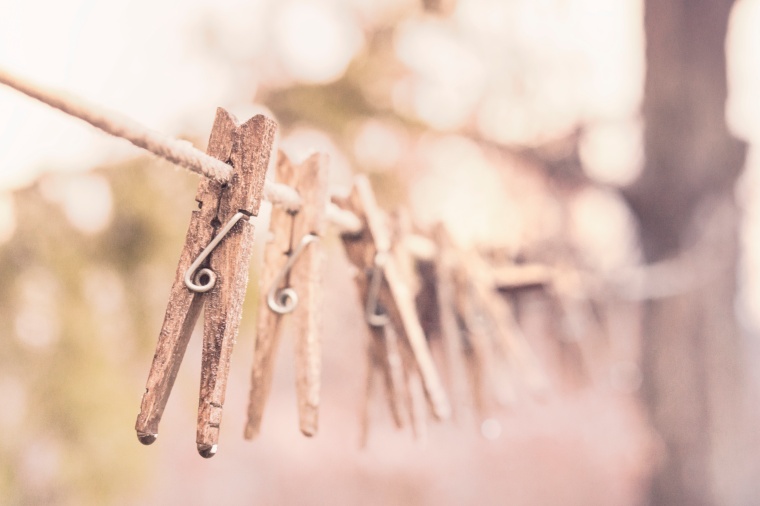 “Beware in your prayers, above everything else, of limiting God, not only by unbelief, but by fancying that you know what He can do. Expect unexpected things, above all that we ask or think. Each time, before you Intercede, be quiet first, and worship God in His glory. Think of what He can do, and how He delights to hear the prayers of His redeemed people. Think of your place and privilege in Christ, and expect great things!”

Ann Voskamp says she likes to read a lot of books at once because “the books start talking to each other.”

Or in my case, a two books, a psychology course, a Bible study, and a friend all started having a conversation.

I am not typically a cynical person. I tend to see the bright lining of every cloud and the possibility hiding beneath a dusty surface. I dream and hope and generally think the best of almost everyone and everything.

But not too long ago, I found myself giving in. I’ve seen a lot of things in the past few years, and they started to get to me.

Driving around a curve in the Ozark Mountains, I mulled it over to myself. “Maybe God just doesn’t work in those ways in reality,” I started to believe. “Maybe this is growing up. Losing the naiveté that expects anything to happen.”

I started to loosen my grasp on expectation. Instead, I started to expect less out of grim situations. At the best, I saw the dreaded slowness of possible change. It was all very drab and slow and grim. But I felt a slight satisfaction. At least I was growing up.

That is, until I realized something.

What kind of crazy world is this, where I need to lose a little faith in order to measure up? What kind of game was I playing with myself, getting satisfaction out of dimmed hope? And what kind of strange, awful thing was it to stop expecting good things to happen?

I’ve been reading a book about how our minds work called Thinking Fast and Slow, by Daniel Kahneman. He talks about something called the availability heuristic. This means that we humans tend to answer questions based on what we can quickly think of. If I asked you to estimate how many stray dogs live in your city, you would probably use the availability heuristic to answer me. First, you would stop and think of all the stray dogs you have seen recently. If you haven’t seen any, you would guess a number a lot lower than a person who has seen 3 this week in their own neighborhood.

We can do that with God too. “God, I really haven’t seen You do something like this lately. How am I supposed to know that You really do it at all?”

Fill in the blank. Does God save marriages on the brink? Does He drastically call and redeem lost people? Does He really give help to the ragged and torn? Does He really protect, deliver, heal?

If you haven’t seen it lately, maybe your availability heuristic is answering for you. “Nope, God’s not in that business anymore,” your mind tells you. “I can’t remember a time when that happened.”

But, see, there’s a problem with the availability heuristic: it’s inaccurate. Just like your neighborhood might be a bad sampling of how many strays are in your town, so your recent memory might be a pretty awful indicator of the power and plan of our Father.

Let’s talk probability. Is it more probable or less probably that God will make something beautiful out of your situation? Well, that’s pretty good odds, since He always 100% pulls through on that promise.

But what about that falling-to-pieces relationship, or that unsaved family member?

What kind of God do we serve? He’s not some powerless or uninspired Deity that sits back and watches. He’s involved in our lives. And last time I checked, a broken home, difficult person, or stubborn situation wasn’t a challenge for him.

So what’s the probability that He will do something in your situation? Well, 100%.

And what’s the probability that He will do something amazing and glorious?

See, my cynicism isn’t about growing up after all. It’s about faith.

My friend Liz says that a car taking off into the air and flying is a perfectly reasonable expectation to a child. They aren’t so tied down by assumptions. Anything is possible. Today in Bible study, Liz and I read the account of Isaac’s birth… a totally miraculous impossibility. But it was possible…with God.

Do I expect the Lord to part the heavens and start sending me direct revelation? No. He’s already given me all the Word I need for living. But is it ridiculous for me to expect Him to be living and active in my life? Is it odd for me to have hope for the seemingly-impossible and hopelessly-broken situations around me?

Is it crazy, or naive, or Pollyanna-like to expect a limitless God to make amazing changes in lives?

Not into natural optimism. Not into jaded cynicism.

Into faith that actually believes. Childlike belief in a God who still does impossible miracles every day in hearts and souls.

What am I, if I do not believe this?

The same power that raised Jesus from the dead lives in us. So, I believe.

I believe God is definitely, doubtlessly, undeniably up to something good. Whether I can see it coming or whether it blows me away.

And Jesus said to him, “‘If You can?’ All things are possible to him who believes.”